A popular Twitter user, who tweets with the handle @aproko_doctor has explained the details surrounding the death of Alex, a student of Federal University in Gombe state, through a dentist’s treatment.

On Thursday, a Twitter user, @Margaret_Ebulue shared a disturbing video that captured how a student died at the dentistry after the dentist administered a wrong drug.

According to reports, the administered drug speculated to be Adrexyl caused him to have a seizure which eventually led to his death.

This is Alex,a student at Federal University,Gombe his only offense was that he visited A Dentist at the General hospital,Gombe yesterday where he was administered the wrong Injection,Alex is Dead💔😭 the Doctor is on the run we want #justiceforAlex @segalink @JosTweetIt pic.twitter.com/JYwtilj4DA

However, a certified Doctor who tweets with the handle @aproko_doctor has given the details of the incident in a series of tweet. 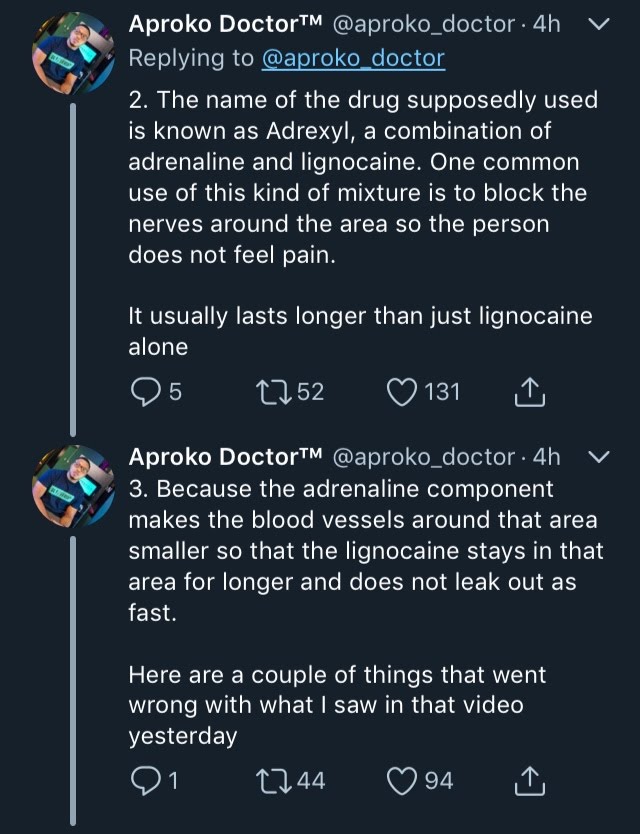 Nigeria is not a joke because of one man – Rapper, Vector tackles FFK,...

I Warned My Wife Against Adultery, She Didn’t Listen – Man Who Killed Partner’s...

Man who tested positive for COVID-19 in Lagos is sent home from hospital over...

Akure explosion: I didn’t know I was carrying explosives – Truck...