Leicester City striker, Kelechi Iheanacho was wiped out by Manchester City goalkeeper, Ederson, five minutes before half-time in Leicester’s 1-0 defeat on Saturday, after he collided with the Brazilian as they both competed for the ball.

Iheanacho while trying to head home James Maddison’s pass, got hit in the face by goalkeeper Ederson, who was trying to reach the ball first. Leicester appealed for a penalty, but only a corner was given, and while Iheanacho continued after treatment, he was substituted at the break on the advice of the club medical staff. 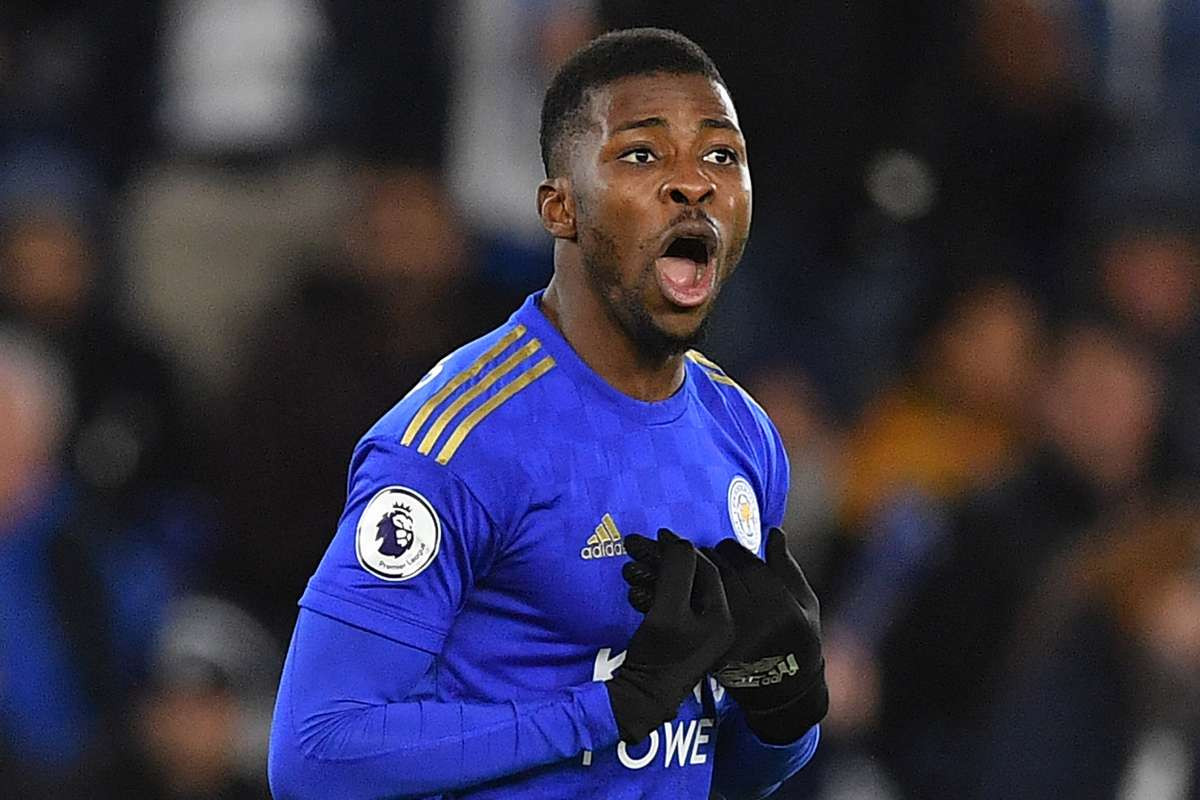 No penalty or red card was given and now some football fans on Twitter have come out to blast referee Paul Tierney and Video Assistant Referee (VAR) for not sending off Manchester City goalkeeper Ederson, after the ”reckless challenge,” with one user comparing Ederson’s punch to that of heavyweight boxers Deontay Wilder and Tyson Fury.

Watch the videos and see Tweets below.

Absolutely ridiculous that this isn’t a foul and a red card.

Never understood why we send off field players for dangerous late challenges but goalkeepers are immune pic.twitter.com/a5tCdpcreE 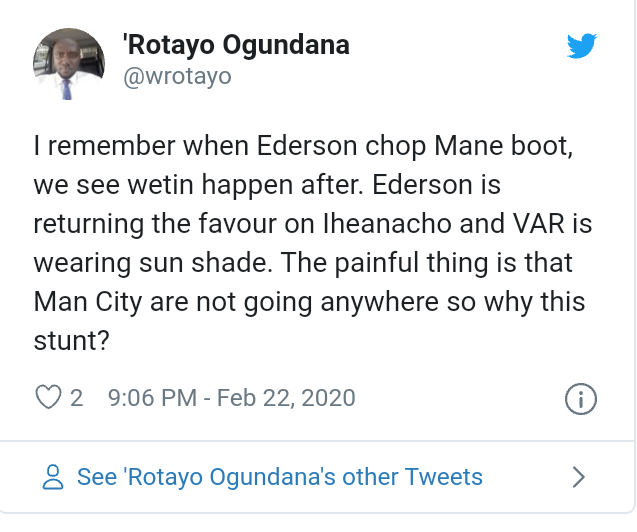 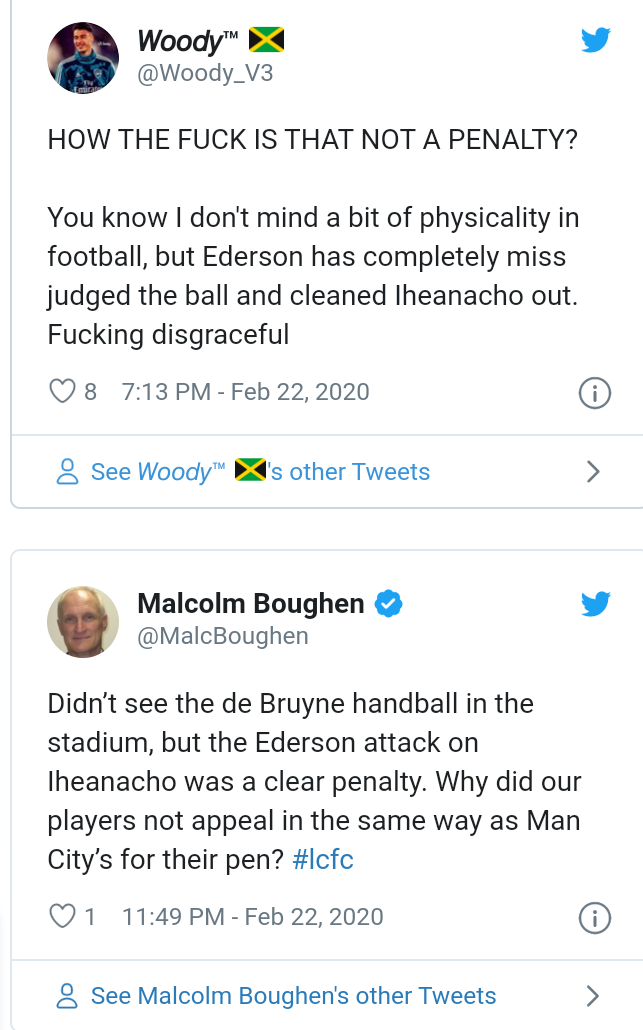 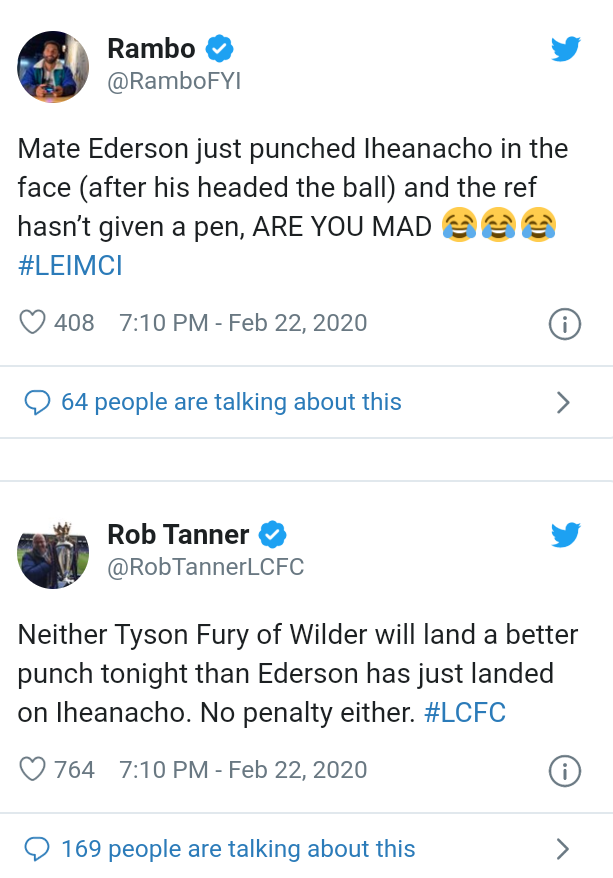 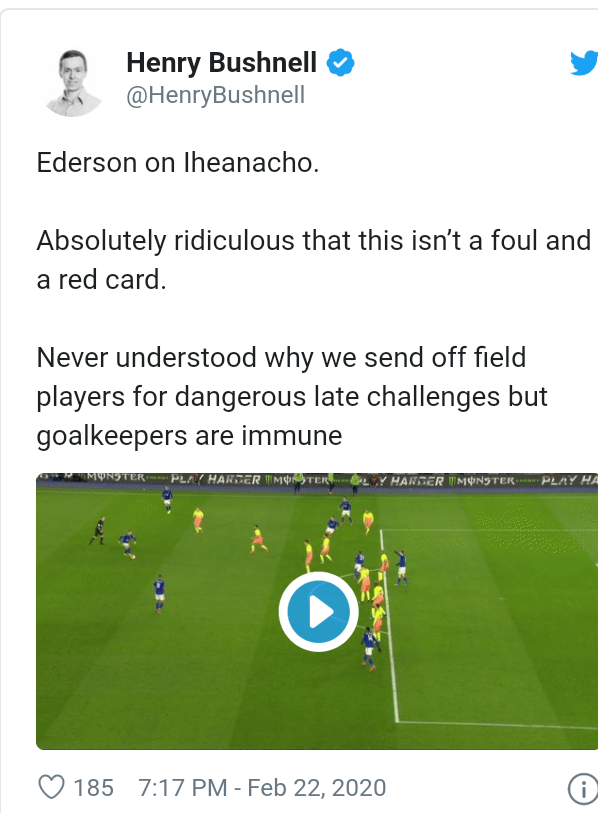 Adamawa Bishop sentenced to 5 years in prison for diverting N69m meant for Pilgrims...

Uganda suspends all public transport to prevent the spread of the coronavirus after 14...