In a video which has gone viral on social media, Malam Sani Yahaya Jingir was heard saying that the Nigerian government cannot stop him and his followers from congregating in mosques.

Some Nigerians who reacted to the video called on relevant authorities to take action, and also stop the Islamic cleric who has massive influence in the north from disseminating wrong information.

Read some reactions to tweets below; 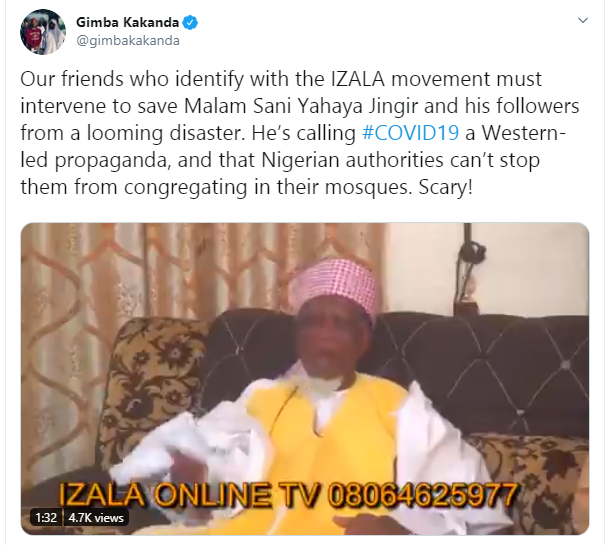 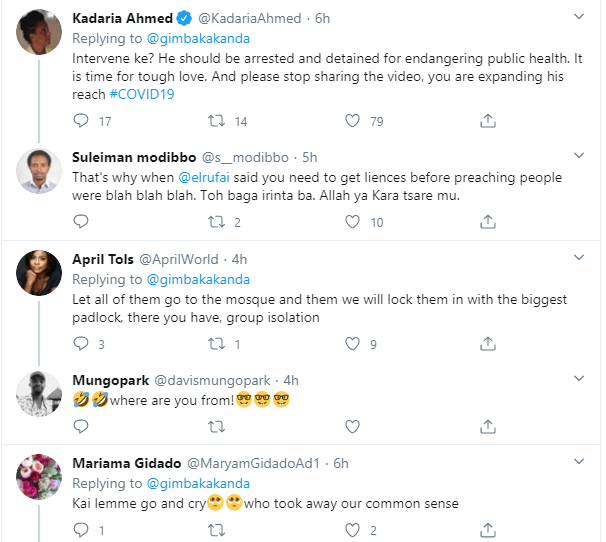 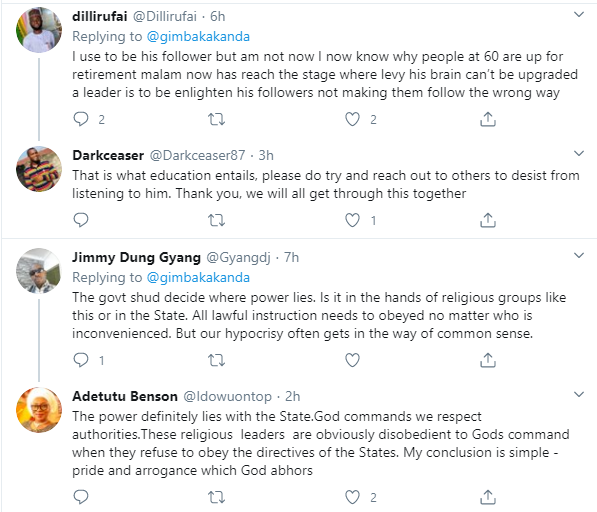