A woman has shared before and now photos as she narrated how she was bullied mercilessly for having crossed eyes, until she resorted to corrective surgery.

@Elsea20 told of how she was called “Anya 4:30” and how people were being cruel with their words. It got so bad that she suffered depression.

One day, she left her class in tears and went to her mum’s office. Her mother also cried with her.

Later, after researching online and seeing that the condition can be corrected through surgery, she told her father that she wanted to have surgery.

The surgery was eventually done abroad and her sight was corrected. She said her new look boosted her confidence.

She went on to share photos of her eyes before and after the surgery. She advised people to be kinder with their words, because they have no idea what others are going through. Read her tweets below. 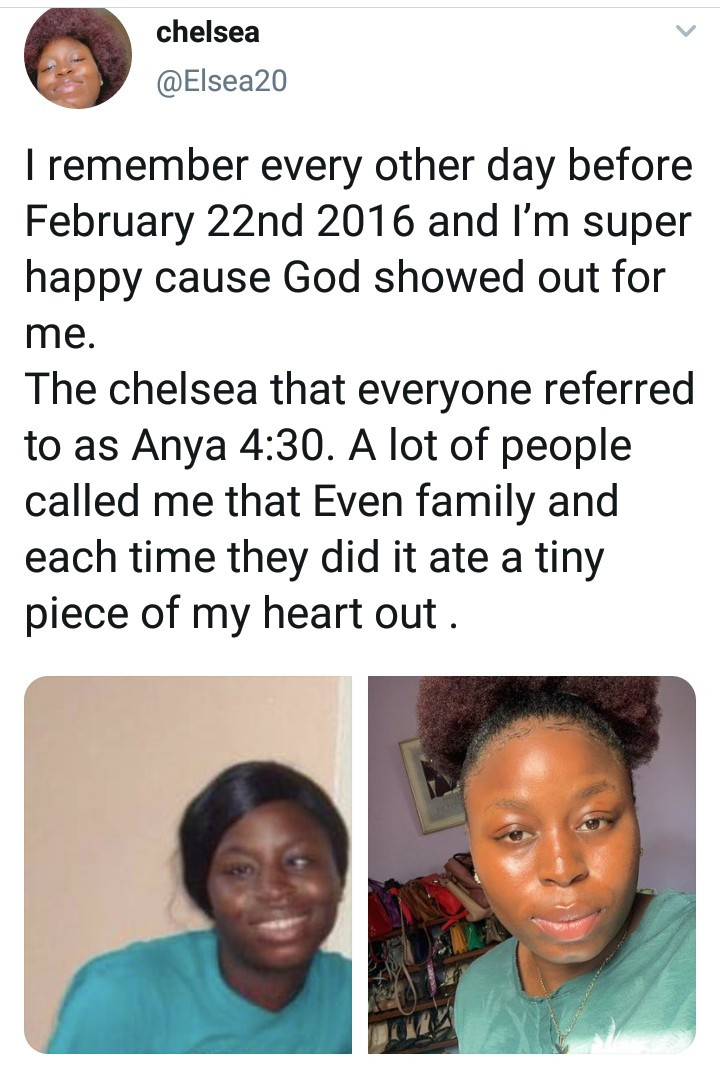 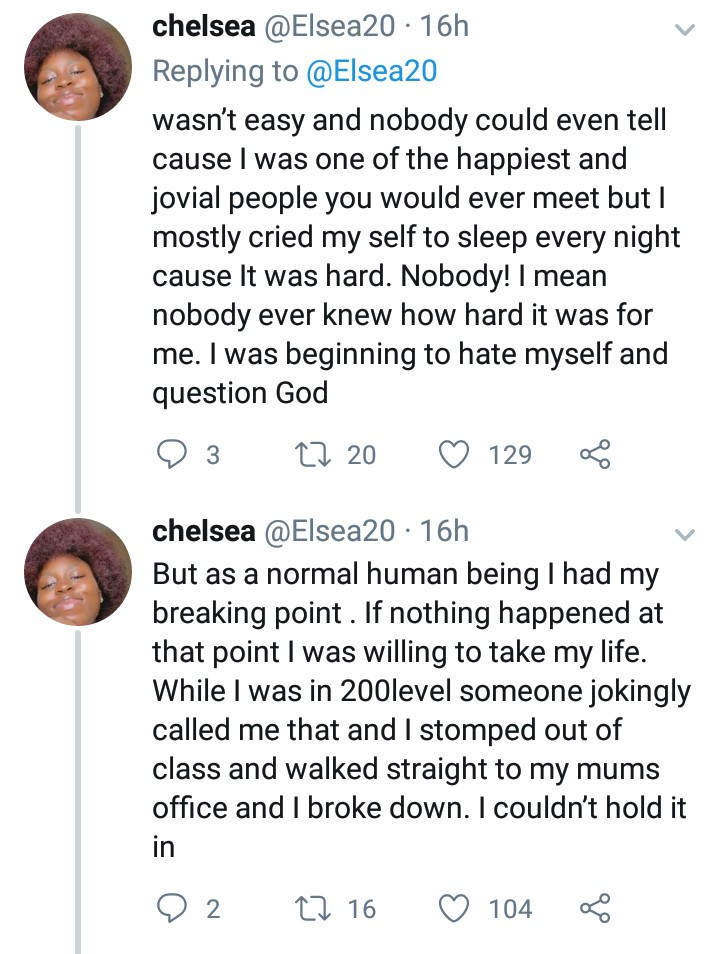 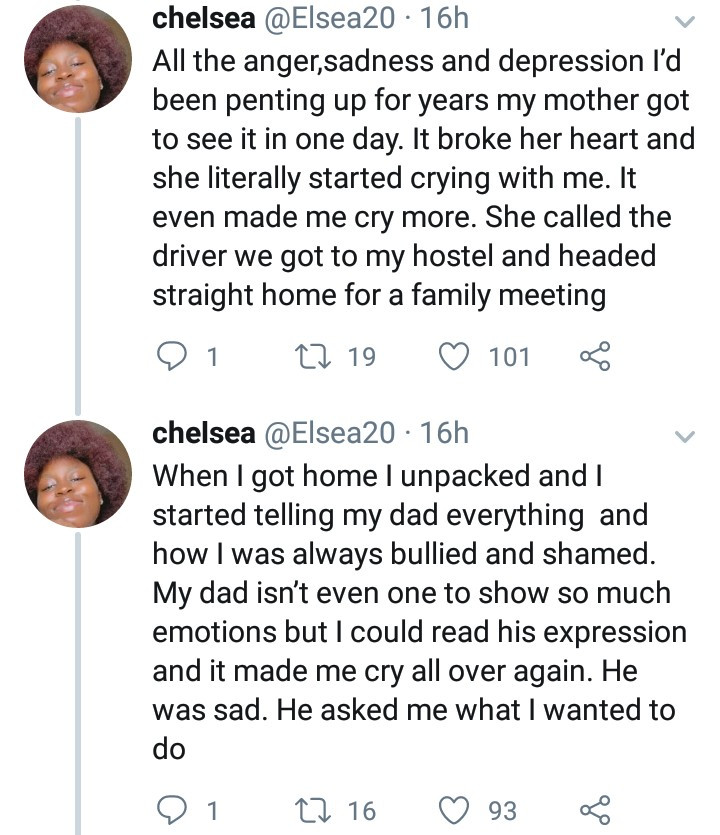 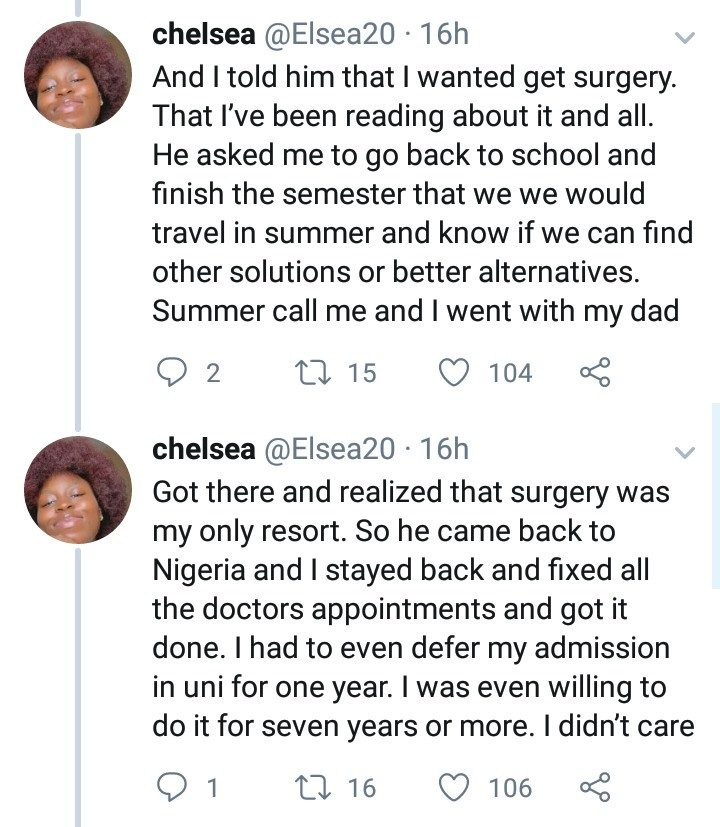 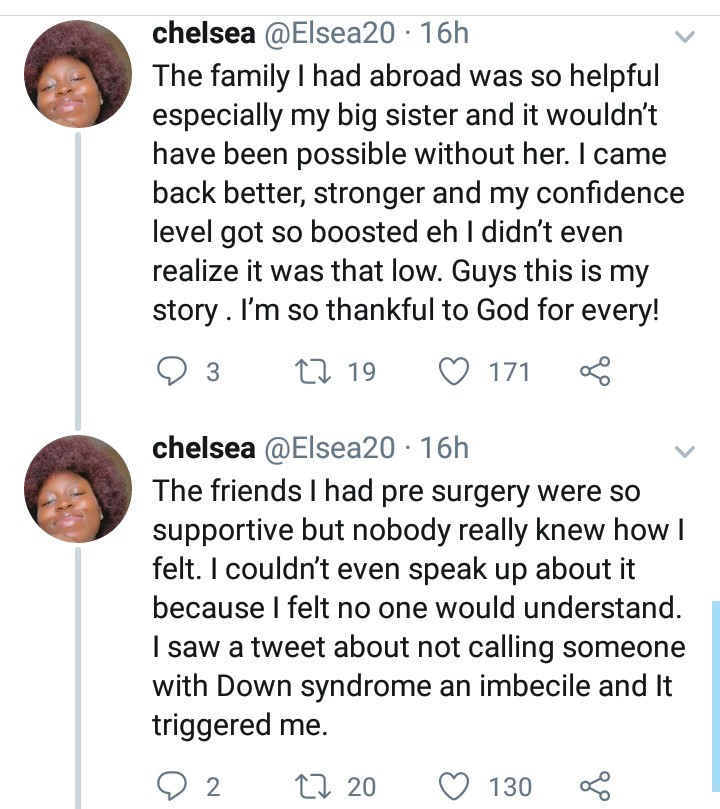 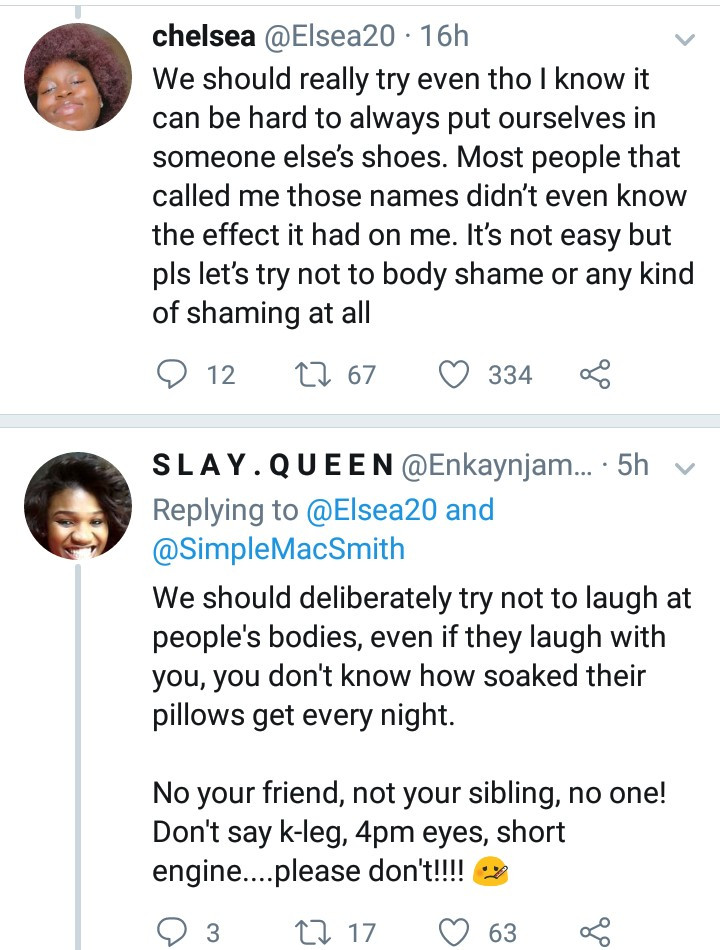 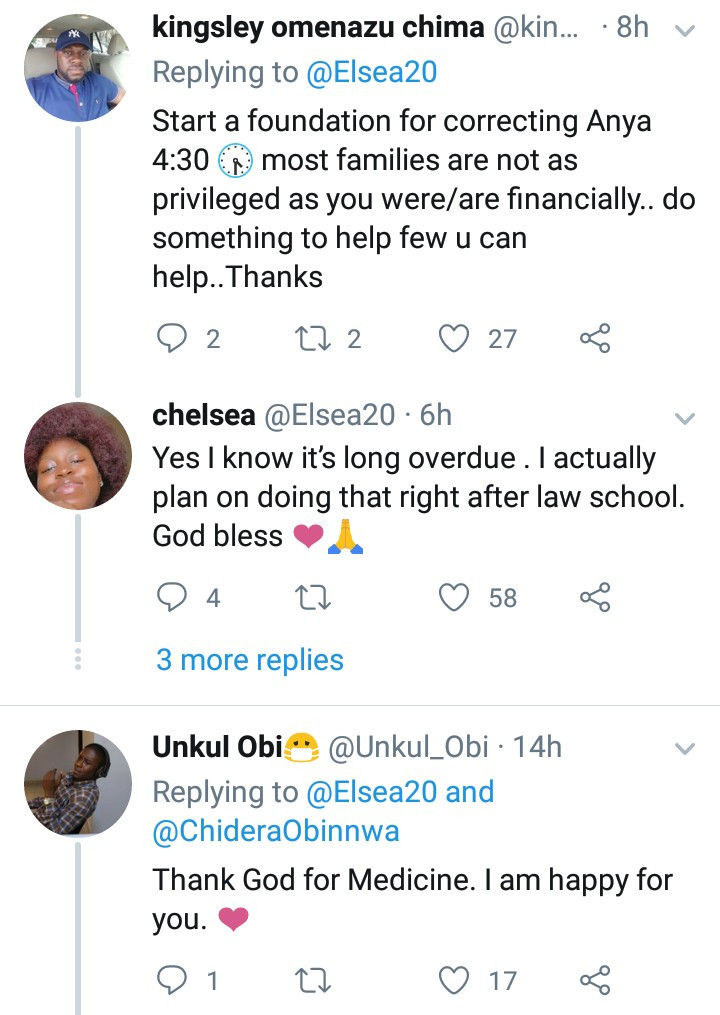 I remember every other day before February 22nd 2016 and I’m super happy cause God showed out for me.
The chelsea that everyone referred to as Anya 4:30. A lot of people called me that Even family and each time they did it ate a tiny piece of my heart out . pic.twitter.com/YwXKZ3v1rU

Unknown Persons dig out body of an old man buried 2 weeks ago, display...

#SoCynthiaMorganLied is trending on Twitter after Jude Okoye released copies of their contract which...

Kenyan soldiers and police officer exchange fire after mistaking each other...

VIDEO| Protesters camp outside the home of the officer who knelt...