Ondo State Commissioner of Police Mr Undie Adie, confirmed the robbery attack but disclosed that it was foiled by security operatives. He told newsmen;

“Our men are currently trailing the robbers in the bush.

“when they were confronted by security operatives, they abandoned the operation as well as their vehicle. We’ll give updates as soon as possible. I’m on my way to the town where the incident.”

Wema Bank also confirmed the robbery incident and further disclosed that relevant authorities have been contacted. Read the tweet below;

We are aware of the situation in our branch in Iju, Ondo state. Relevant authorities have been contacted and are handling the incident. 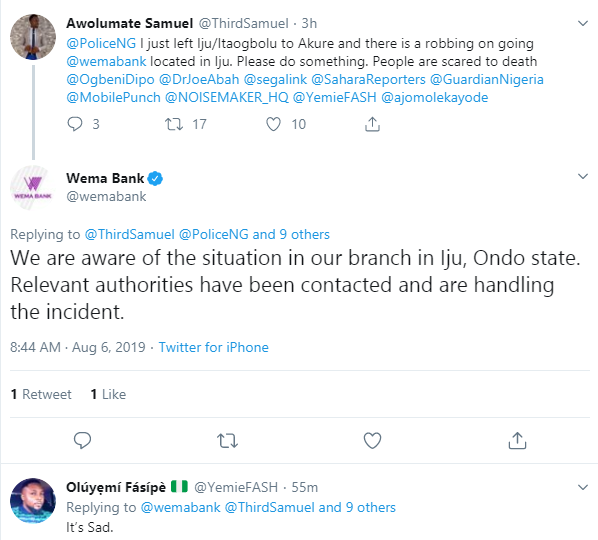 [VIDEO] How My Waist Beads Saved Me From R*pe – Nigerian Woman, Gloria Narrates