[VIDEOA drunk driver returning from a night club with his girlfriend killed at least 4 people early this morning around the Gwarinpa area of Abuja.

According to eyewitnesses, the drunk driver was overspeeding in a Mercedes Benz GLC 450 4matic when he rammed into a tricycle popularly known as Keke napep.

The fatal accident resulted in the death of at least 4 people. But some reports claim the death toll is at 6.

The driver and his girlfriend survived and allegedly fled the scene. This led to pandemonium as hoodlums and Keke riders demand justice for their members who were killed. 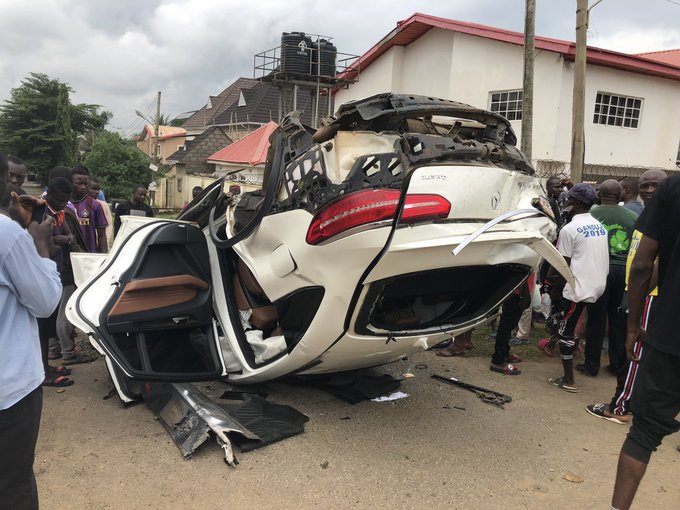 Aggrieved Keke riders blocked some roads in Gwarinpa earlier today and commuters were warned to avoid Gwarinpa 3rd/4th avenue as gunshots have been heard in the area. BREAKING: There is pandemonium presently at Gwarinpa by Chembian Plaza after a car hit some tricycle ‘Keke’ riders killing about 4 people on the spot.

Gunshots are being reported around that axis. Avoid Gwarinpa 3rd/4th Avenue for now.

The police is at the scene. pic.twitter.com/ugbacU2Yx3

The Nigerian police reportedly arrived the scene much later to restore order. 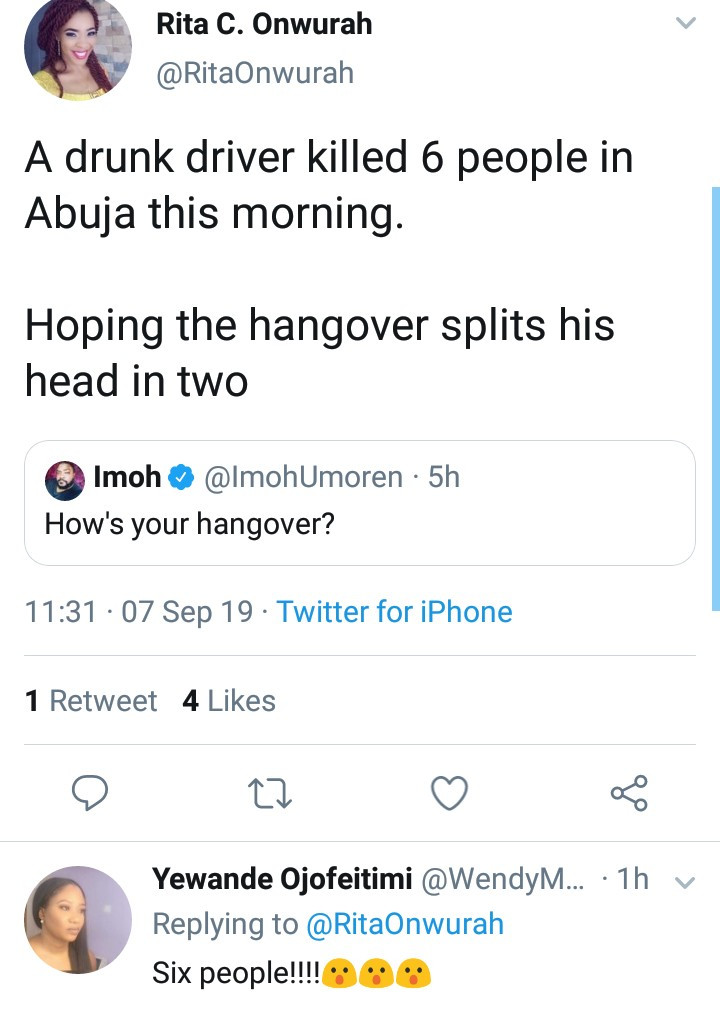 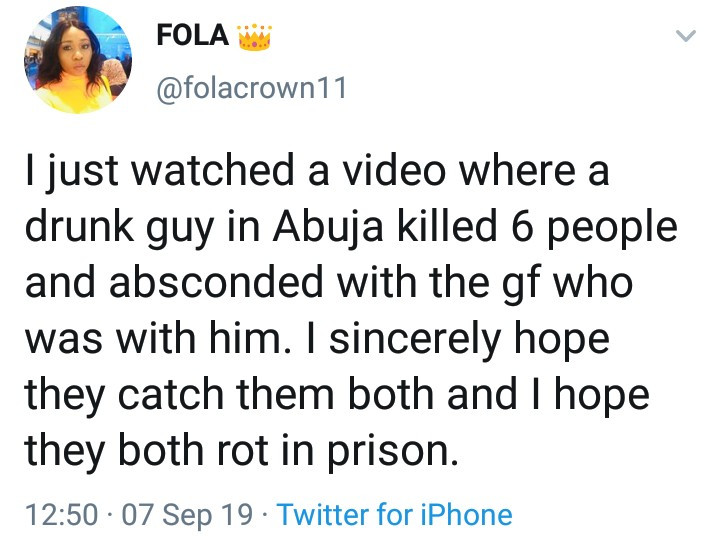 One of the victims is friend o, I saw that guy on Sunday. He sings in my church o . Maxwell why, God why 😭😭😭😭 this guys sings so well , he sang last Sunday … there’s nothing in this life o.. nothing at all 🤧🤧🤧 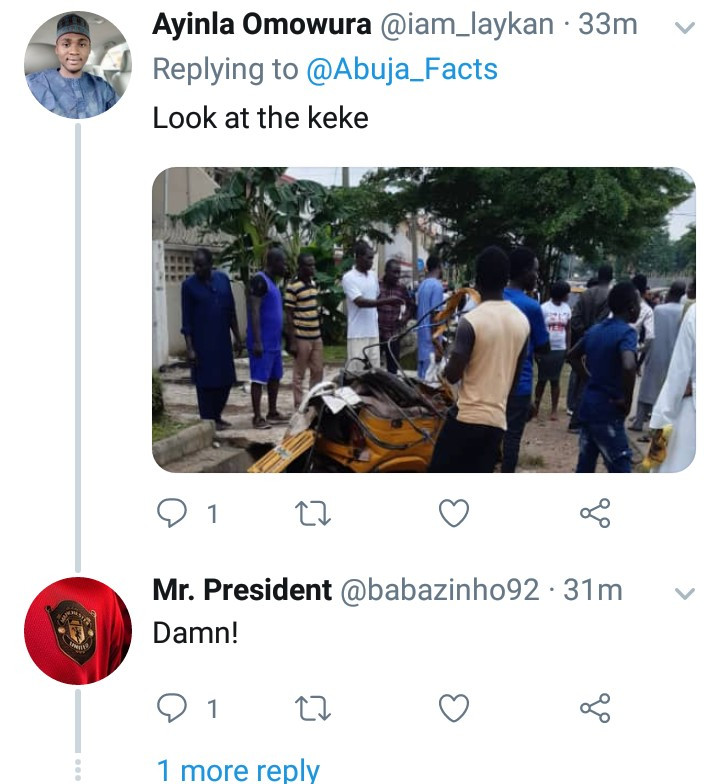 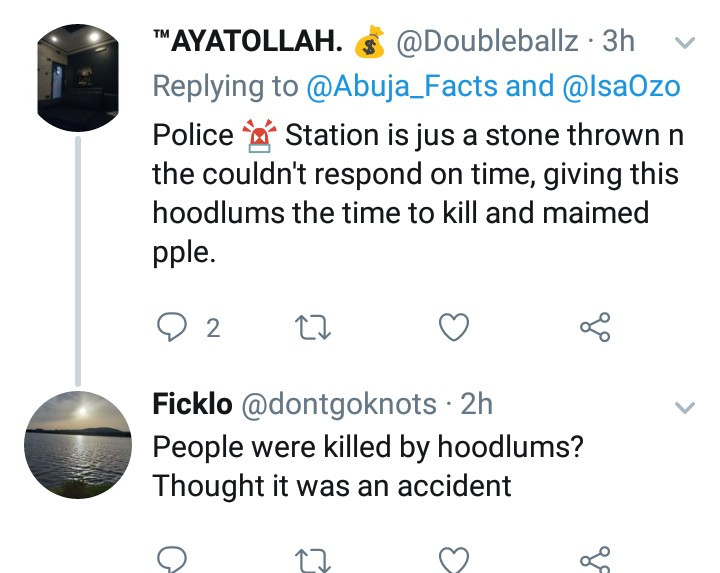 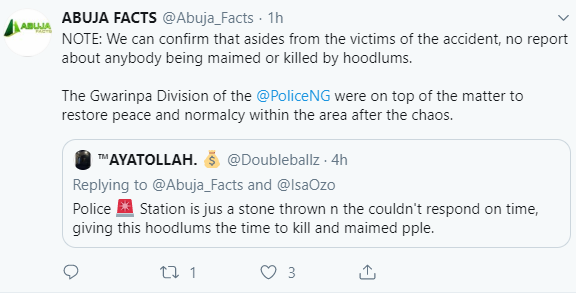 The driver was drinking and driving by 8am.. I wonder what was going through his mind. 😢
The driver survived.

I am just wondering how fast and recklessly the person was driving to have killed 4 on the spot?? Gosh!!

[VIDEO] Lady flogs her mother mercilessly after her pastor told her that she’s a...

End Of The Road: How A Fake Doctor Was Finally Exposed After Working In...

It is impossible to deceive God because He knows ALL things – Pastor Enoch...