Ada’s post is believed to be in relation to the reactions that greeted the news that a number of celebrity marriages recently crashed, including the marriage of actors Ik Ogbonna, Blossom Chukwujekwu, Ken Eric, and Yomi Gold.

She asked why people celebrate crashed marriages more than they celebrate when people get married, she reminded people that God hates those who mock others when they are in crisis 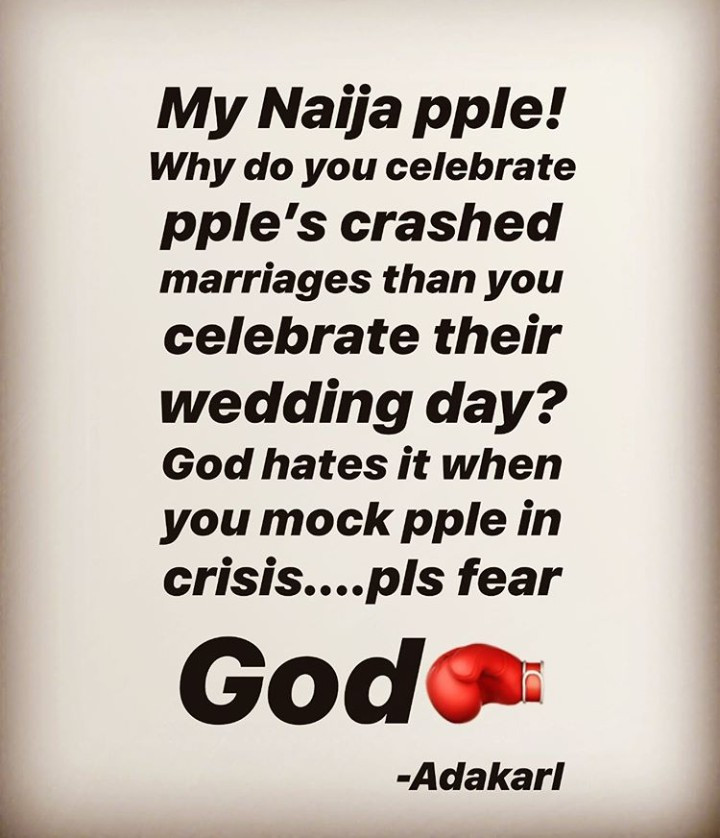 Electricity Official Stabbed To Death While Disconnecting Electricity In Abuja, One Other Injured

I lost my husband and children to my younger sister – Gospel singer, Gloria...

Shocking story of how a Nigerian man ran into a friend who he never...