Three unidentified men walked away unharmed after being involved in an accident which involved a car they were travelling in and a container carrying goods.

According to eyewitnesses, the accident occurred at Liverpool in Apapa, Lagos. An ecstatic social media user who shared a video from the scene of the incident showed off the mangled car which the container fell on. 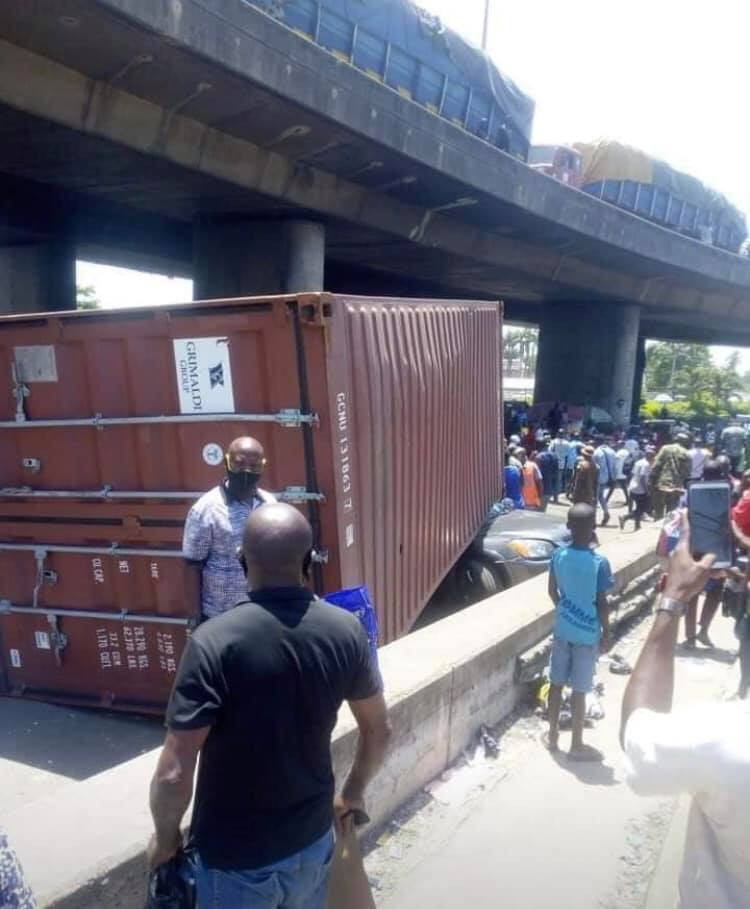 He was heard saying “Who says God is not alive? Who says God doesn’t do miracles?”. The three men who were also spotted in the video were left speechless by the incident. 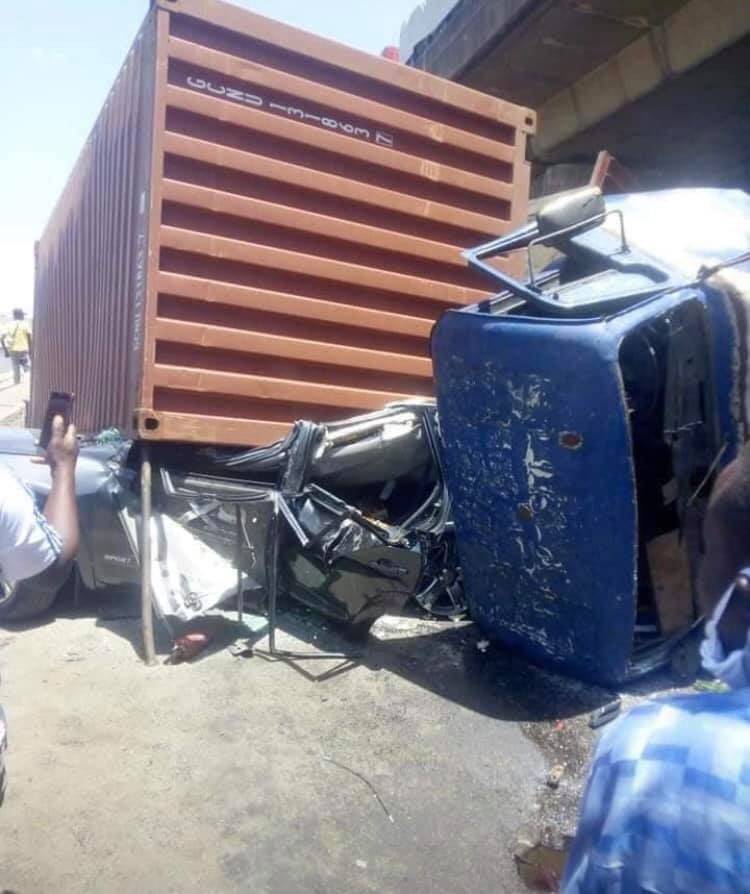 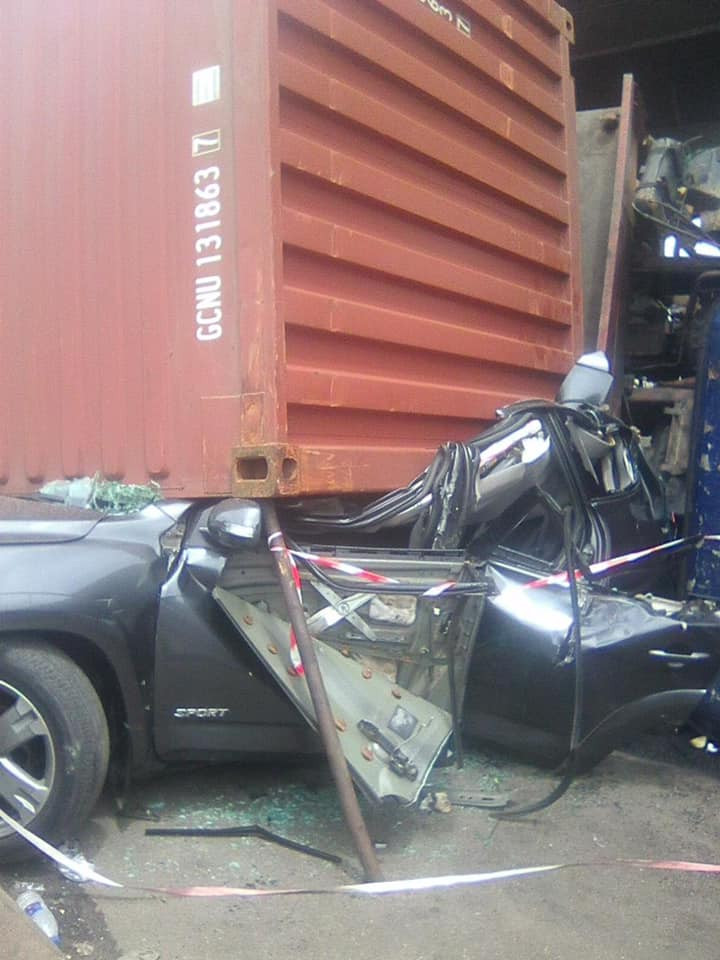 President Buhari could not address Nigerians on May 29 because he knows his administration...

Jay Bugatti poses in bralette and panties as he reveals he engages in sexual...