A Nigerian writer has questioned why deaths are not investigated in Nigeria. He went on to mention that a number of times it is claimed that people “died in their sleep” or suffered a fatal domestic accident, they were probably killed by a family member.

Bala Dihis said he knows of a woman who died a few days ago, and though her husband claims she slipped in the bathroom and fell, he suspects she was killed by her husband. Unfortunately, such death are rarely investigated in Nigeria, he said, and the culprit ends up free.

WHY DON’T WE INVESTIGATE DEATHS IN NIGERIA?????

Many people kill their family members both nuclear and extended , parents, spouses and claim they died in their sleep or had a domestic accident and the issue just dies like that, no investigation, no questioning, no autopsy, nothing. People just believe them and that’s all.

I’m seriously suspecting that someone I know killed his wife some few days ago. . I don’t have any evidence but the whole thing looks seriously suspect. He said she fell down in the bath room and hit her head but I don’t buy it because I went in and saw her naked dead body lying on the floor in the bathroom but everything was just wrong. Every body just accepted what he said, even her family accepted what he said and as Muslims they just took her and went and buried her after some hours, no autopsy, nobody called the police to investigate, no questioning, they just accepted what the husband said and that’s all. . . Why don’t we investigate deaths in Nigeria? WHY??? 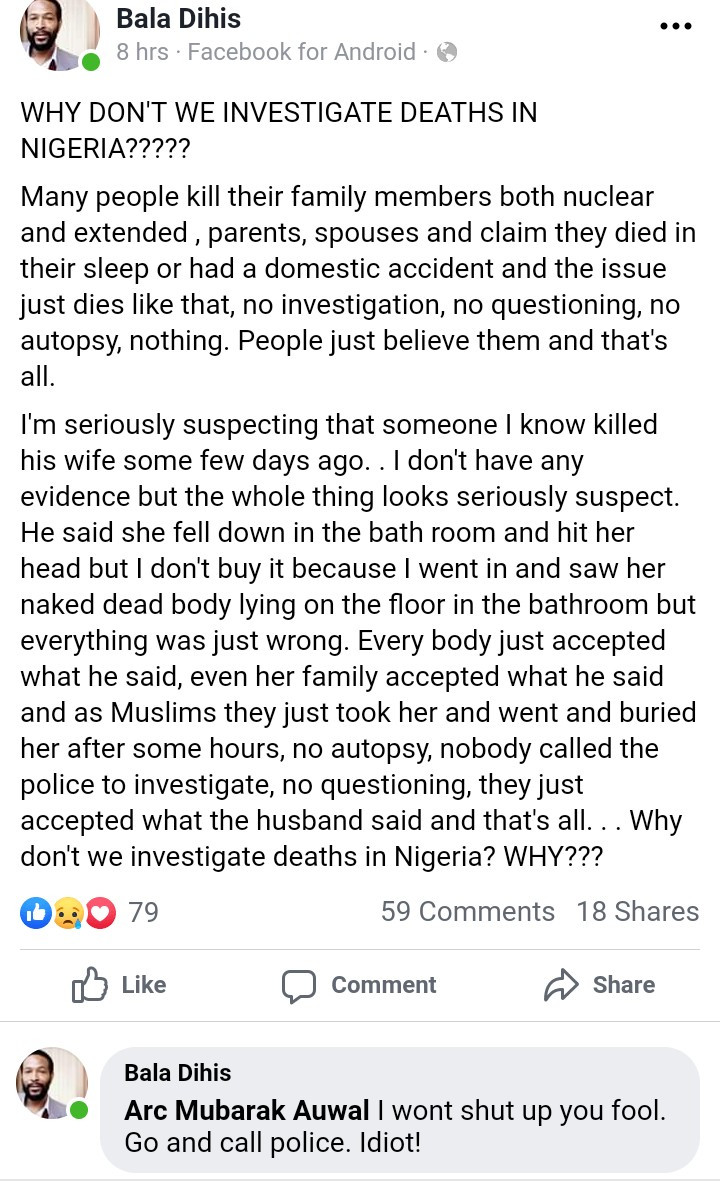